I have a flow where, when a user taps on a button, I create a record in my Airtable base (one of the fields of the record is a uuid that I generate in AppGyver). Then, I set an app variable with one another field of that record (the record id, which is automatically generated by Airtable). Screenshot of the flow and the formula inside the “set app variable” are attached. To debug, in the next page I show the value of the app variable I have just set up, but whatever I do, it’s always blank, like it is not actually being set up. I suspect it has something to do with the Lookup formula, but I can’t figure out what. Does anyone know what might be wrong with it? 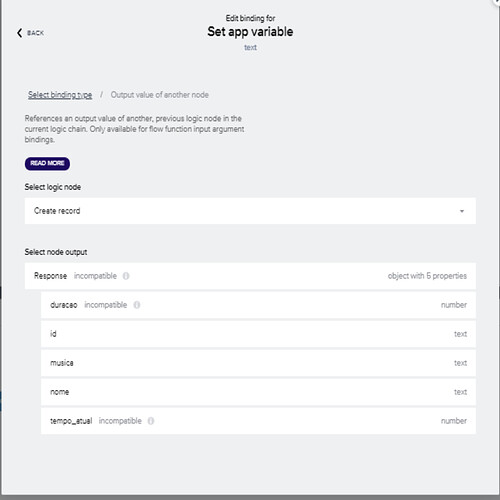