My database returns nested lists that don’t have a pre-defined depth or breadth.

Any suggestions for how I can build my app to work with both kinds of data?

Everything can still be bound to variables even though there’s no schema or even a schema mismatch.
It just makes it a bit harder as you need to know what kind of data you’re dealing with without any help from the composer.

Ah great, thanks Sasu. And how would I display these nested lists on the page? I would need a way to recursively iterate through the arrays repeating components until everything has been iterated over right?

Displaying nested data is always a bit tricky. I made this simple example to maybe help you get started.

So here we have a list of bars that has a list of beers. The raw array is shown in the top, and rendering below. 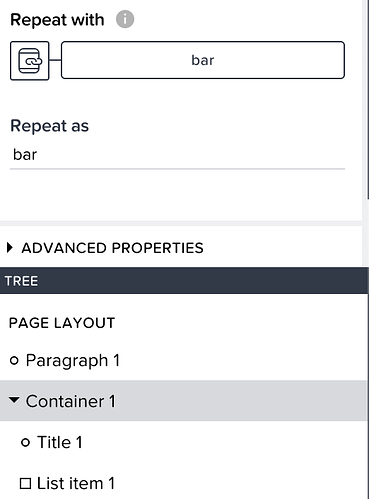 Inside I have a Title component which is bound to repeated.bar.name which refers to the repeated arrays object property called name for each object in the array. 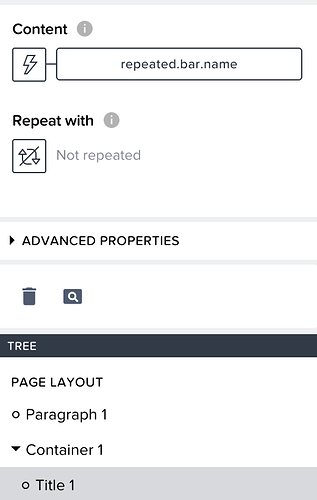 Then I have a list component that repeats repeated.bar.beers as beer so that can be then found under repeated.beer in formulas or the binding editor - it behaves the same way as the repeated.bar. And this repeated.beer.name is bound to the list label.

Your app would obviously be more complex with arbitrary nest depth and no specific schema, so it’s going to be a fight to make it great. Anyway hope this helps.

Thanks Sasu, that’s really helpful for a static nested list!

I’m sure you could do it programmatically, but I unfortunately don’t have time to implement such a thing in the near future. I’ll ping our team and see if someone could do it.

Custom plugins are on the table but not there yet.

Thanks for this great share. It solve my problem.

However, I could not find a way to fill data into the inner list.

I followed the steps above to display a list of the api, but when running the app it does not display the result.
List schema image 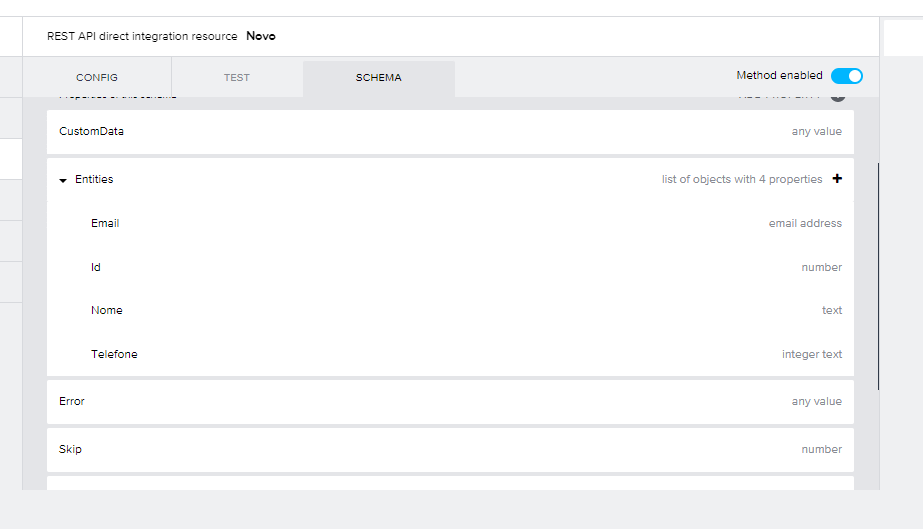 In the listview appears the name coming from the list field

when running the app the list does not appear

I tried to assign the data using formula, in the formula I visualize the data as an example, but it also doesn’t appear when running the app.
repeated.Entities.Entities[0].Nome

what could be happening?